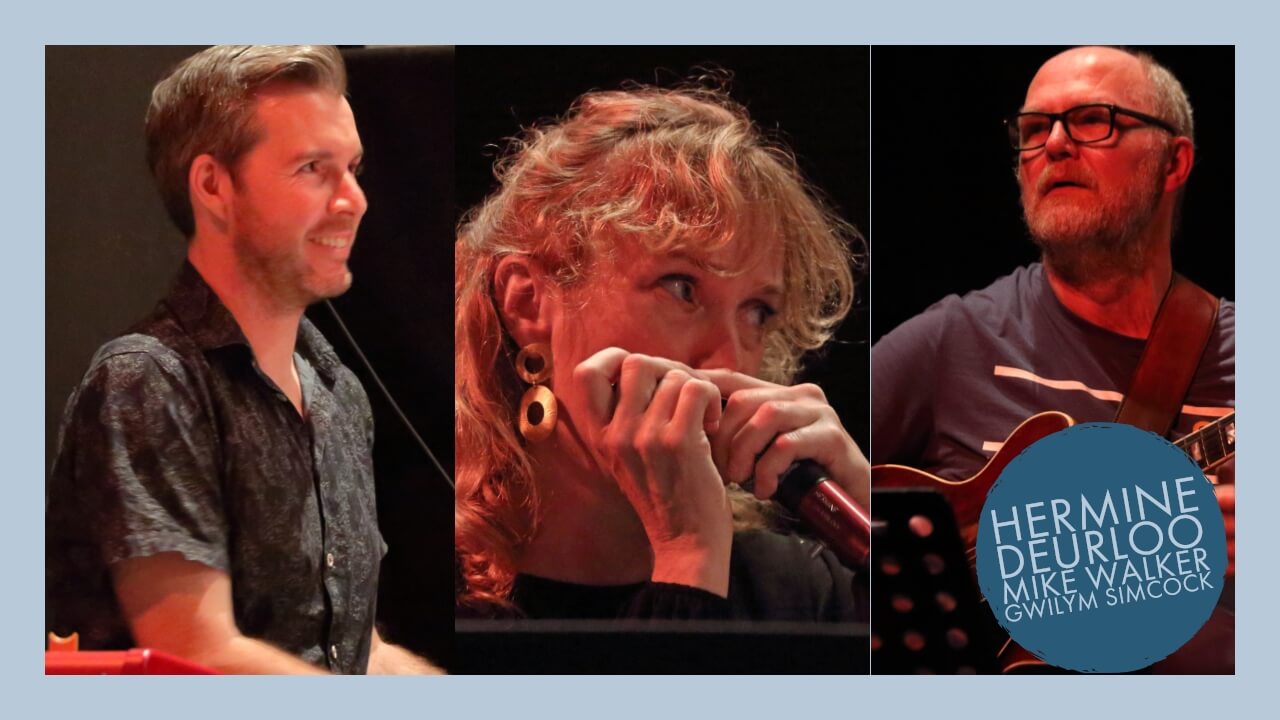 Gwilym’s trio with Mike and Hermine will be on tour in October in the North of England. The two founder members of the much loved group “The Impossible Gentlemen” have established a unique rapport through their love of music of all kinds from rock to classical, jazz and folk.   They met Hermine Deurloo at Ambleside Festival in 2019 and found an instant musical rapport.

Mike Walker’s passion for guitar was heavily influenced by his own interest in jazz but flavoured by a broad spectrum of genres across the musical spectrum. Mike plays in The Printmakers with Nikki Iles, Norma Winstone, Mark Lockhart, James Maddren and Steve Watts, and has also been busy composing and touring with The Impossible Gentlemen, a group he co-leads with Gwilym Simcock, They have released 3 albums and in 2013 the group were named ‘Best Jazz Ensemble’ at the Parliamentary Jazz Awards.

Hermine Deurloo is a jazz chromatic harmonica player from Amsterdam. She has performed all over the world and has recorded several albums. Her upcoming album, to be released in 2019, features Steve Gadd, Kevin Hayes, and Tony Scherr. In 2018, she was awarded the Bernie Bray Harmonica Player of the year award.