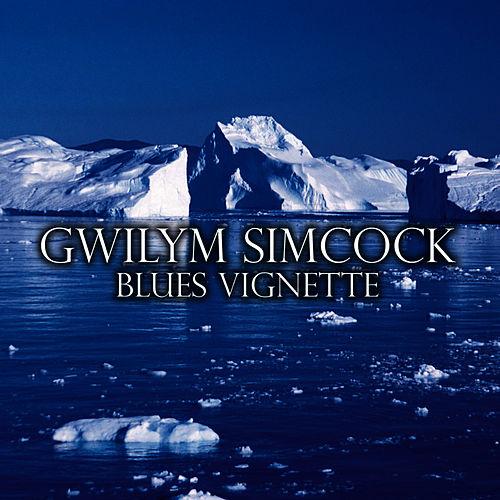 Basho Records released Gwilym Simcock’s new double album “Blues Vignette” mid November 2009. The album launched his new trio with extraordinary, classically trained Russian bassist Yuri Goloubev and young UK drum star James Maddren as well as documenting Gwilym’s emerging voice as a solo pianist. The first CD offers a mix of stunning improvisations and new Simcock compositions as well as insightful interpretations of Grieg’s Piano Concerto and the popular tune “On Broadway”. It also provides a brief window into the mind of a composer who mixes classical and jazz without effort, with a recording of a suite for cello and piano originally written for the opening of London’s newest venue King’s Place. Classical cellist Cara Berridge features on this work. The trio CD is a stunning mix of Simcock compositions and brilliant interpretations of great classics such as “Black Coffee” and “Cry Me A River”. As Gwilym himself says “recording an album is like taking a photograph. An album is a document of a specific moment in time, a vignette, an insight into the stage that one as a musician has reached. This album marks both the beginning of a fresh journey with a new trio, and documents my continuing quest towards finding an individual voice as a solo pianist”. He goes on to say: “All of this music is neither ‘Jazz’ nor ‘Classical’. It is just music, and the type of music that interests and stimulates me. What I feel is important in music is lyricism, subtlety and clarity in harmonic and rhythmic movement, and an overall sense of an emotional connection with the listener, whatever the context of the music may be”.

“The first of this double CD collection is a wonderful display of Simcock’s gifts as a solo pianist as well as his talents as a composer in jazz and classical idioms”.

“Just when you thought the piano could go no further in jazz one emerges to raise the bar of invention and virtuosity still higher. On this recording Gwilym Simcock seems to have breached a dam of inhibition and let loose a flood of music that is truly exhilarating”.

“Simcock is certainly going to open some eyes and ears in North America with this ambitious release, which demonstrates why this still young musician and composer is starting to be mentioned as being among the very best in the world”

“The balance Simcock achieves between compositional structure and improvisation is the thread which runs through the trio numbers and is the unifying strand between the two CDs. Each is an inseparable part of Simcock’s emerging musical identity. It will be fascinating to see how this trio develops over time, for its potential is clearly great. Undoubtedly one of the year’s most satisfying releases”.

“Simcock’s imagination really does seem to flow freely across classical and jazz without noticing the joins. Simcock, Goloubev and James Maddren celebrate the trio tradition of Bill Evans and Keith Jarrett on some vivid originals here – and the young leader sounds as if he’s wearing his immense knowledge more lightly, yet using it more incisively, than ever before”. To celebrate the launch of the new CD there was a mix of solo and trio dates in the UK and Germany with more dates following in the Spring. There was also be a special London Jazz Festival performance at the Queen Elizabeth Hall featuring both the trio with special guest Klaus Gesing and a 100 voice choir “The Voice Project” performing a special commission by Gwilym Simcock originally written for the Norfolk and Norwich Festival in May 2009 entitled “I Prefer the Gorgeous Freedom”. At the end of November there was a nine day residency at Pizza Express Dean Street where Gwilym promoted his new album in the company of a special guests including: Julian Arguelles, Stan Sulzmann, Gerard Presencer, Wolfgang Muthspiel and Klaus Gesing

We use cookies to ensure that we give you the best experience on our website. If you continue to use this site we will assume that you are happy with it.Ok